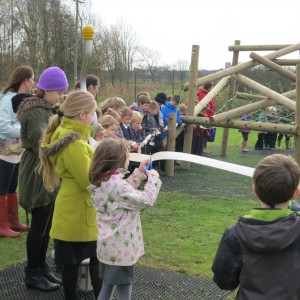 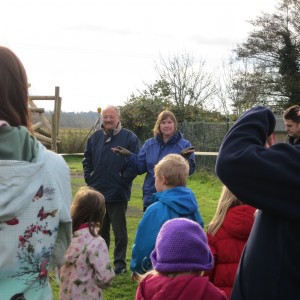 Gillingham Parish Council extend their thanks to Councillor Emma Roberts who spent a lot of time of effort in obtaining grants from WREN, South Norfolk Council & Saffron Housing to refurbish the playground.  Emma’s family also expended a lot of energy in keeping costs down and our thanks go to them as well.

The playground is now fully open for business. 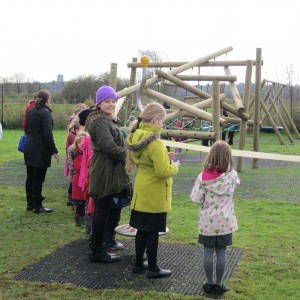 Opening Day at the playground

A Meeting of Gillingham Parish Council was held at the village hall on Monday, 10th October, 2011 at 7:30pm.

Parish Ten – parishioners slot . Mr Pitkin attended the meeting to highlight public consultation events of the Town Plan for Beccles being held on 14th & 15th October in the town. He also invited members of the council to the Armistice Day Group Remembrance Service at Kirby Cane on 13th November and at the Gillingham War Memorial at 3.00pm. Mr Pitkin asked if there were any planned events for the Queens Jubilee. The council agreed to discuss the subject at the November meeting. Dist Cllr Kay Billig reported that there had recently been problems with the SNC contractor collecting glass from the bins, service should now improve. If there are piles of excess bottles Environmental at South Norfolk will liaise with the contractor to have them removed. Travellers are currently camped at Kirby Cane on a field off the A143. Apparently these are New Travellers who tend to be younger people and not a large group, but nonetheless will be moved on. Anybody needing advice on dealing with travellers should contact Tony Cook at South Norfolk Council. Please keep an eye out for camps and report at once.

Minutes of Last Meeting: The minutes were approved and signed by Councillor Money.

Matters arising – The matter of the abandoned sofa outside Falgate Terrace should now be resolved and collection is scheduled for 14th October.

Declaration of Conflict of Interests – none.

Playground
David Broom has been carrying out repairs on the playground and will hopefully soon have the cycle rack in position on the village hall car park. Cllr Roberts is attending a funding application course prior to sourcing funding applications.

Village upkeep
The council agreed that Hemmant Way should be made a No Cold Calling zone. The clerk to take forward. Stickers have already been given to some residents.
Regarding concern about the gate at the end of Marsh Lane, it is not impeding pedestrians and is primarily for security to prevent fly tipping. Police notice – Oil tank security & Impersonation of police officers – see parish notice board.
SNC – Older Peoples Forum
Beccles Town Council – Beccles Town Plan
Pylons in the Waveney Valley – Friday 21st October Wortwell Community Centre
NCC – views on the future role of small schools in Norfolk – Cllr Roberts to respond
Norfolk Accident Rescue Service – donation – to be decided in November
Saffron Housing Trust
Parish Crime Statistics September – 1 other crime

Planning Matters
Appeal for Agricultural building at Land at end of Marsh Lane – still pending
McDonalds have withdrawn their application for a large sign at the entrance to the restaurant. The council have approved the larger back lit sign at the rear of the building.

Any Other Business
The clerk was asked to purchase the wreath for Armistice Day.
Cllr Ward confirmed that the path running from The Street to Geldeston Road was still covered with bits from the hedge. She also advised that mud from sugar beet equipment was still on the road and asked for this to be cleared. Cllr Roberts asked if a small waste bin could be placed near the War Memorial seat and the general area be tidied up for Armistice Day. The bin on the bus shelter wall also needs reinstalling. The old Gillingham Website has now been withdrawn and a new one will be in place hopefully by end of November. The new website address will be http://gillinghampc.norfolkparishes.gov.uk

Date of Next Meeting:
PLEASE NOTE THAT THE NEXT MEETING OF THE GILLINGHAM PARISH COUNCIL WILL BE TAKING PLACE ON MONDAY 14th NOVEMBER, 2011 STARTING AT 7.30pm.

Councillor’s are available prior to the meeting for consultation from 7.00pm.

There being no other business Mr Money thanked everyone for attending, and closed the meeting.

Welcome to Gillingham Parish Council website.  Here you will be able to find parish council minutes as well as details of the financial accounts of the council.  Archived minutes can be reinstated upon request to the parish clerk.

This website uses cookies to improve your experience while you navigate through the website. Out of these, the cookies that are categorized as necessary are stored on your browser as they are essential for the working of basic functionalities of the website. We also use third-party cookies that help us analyze and understand how you use this website. These cookies will be stored in your browser only with your consent. You also have the option to opt-out of these cookies. But opting out of some of these cookies may affect your browsing experience.
Necessary Always Enabled

Any cookies that may not be particularly necessary for the website to function and is used specifically to collect user personal data via analytics, ads, other embedded contents are termed as non-necessary cookies. It is mandatory to procure user consent prior to running these cookies on your website.